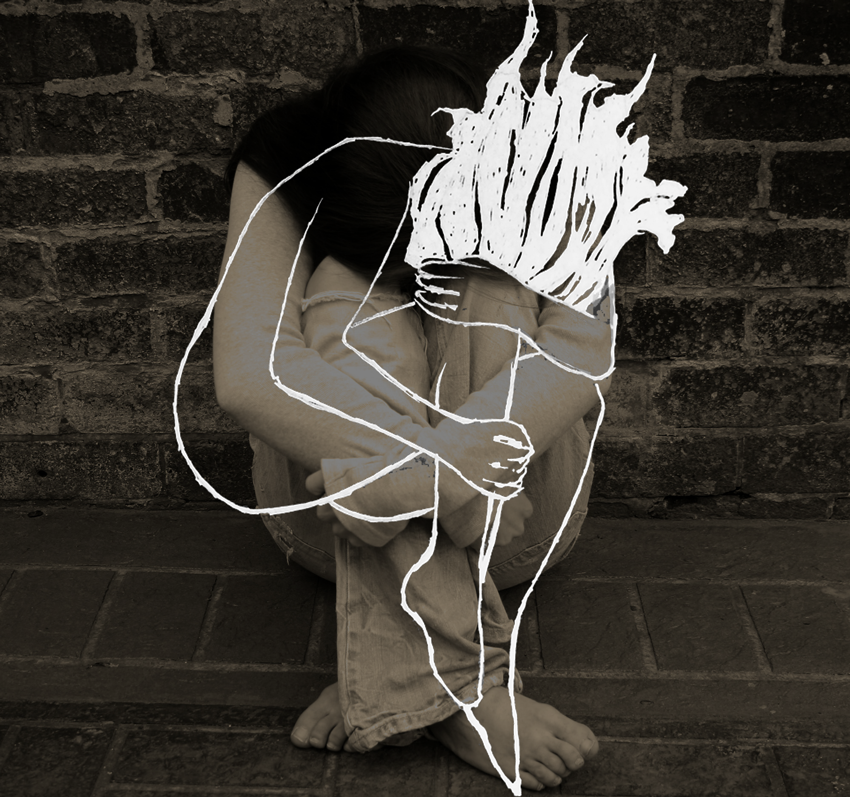 Violence is a prison. It is certainly a prison to the victim, and it is also a prison for those who inflicts violence. Nuances, also regarding this issue, are multiple and often opposite one another. With Alive we give voice to a victim of violence and the circle of limiting thoughts that comes out from her mind. We are talking about awareness: the false awareness of being locked in your own skin thinking you can’t deserve anything but breathe, eventually replaced by real confidence to get out of the cage of violence and return to live, not just to survive.

The most clear effect of violence is the reduction of freedom, first physical then psychological. The walls of victim’s home are becoming higher and insurmountable, the rooms have no windows and she believes to see eyes staring at her from every centimeter of the air all around.

In my house everything was unfamiliar

The victim is convinced to be the cause of every evil and end up settling for those few breaths of quiet remained; she survives, hoping that it will pass, that the time will adjust things. The dreams and aspirations are becoming more distant and fuzzy, the movements are slow and fuzzy like those of a wounded and scared animal. The words that have penetrated deep become a tormented expression of herself.

Prison is a horrible place to live, especially if it is a prison of the mind. But it’s not the end.

Digging deep beneath the clutter of degrading words, under the guilt, under acts motivated by anger or frustration, she realizes that she can’t make amend for a situation that she didn’t create. The weakness that a victim of violence has to deal with is nothing more than another wall to be removed with courage. That experience can be transformed in the opportunity to give back a value to life. The value that we choose to give it.

One thought on “Alive”