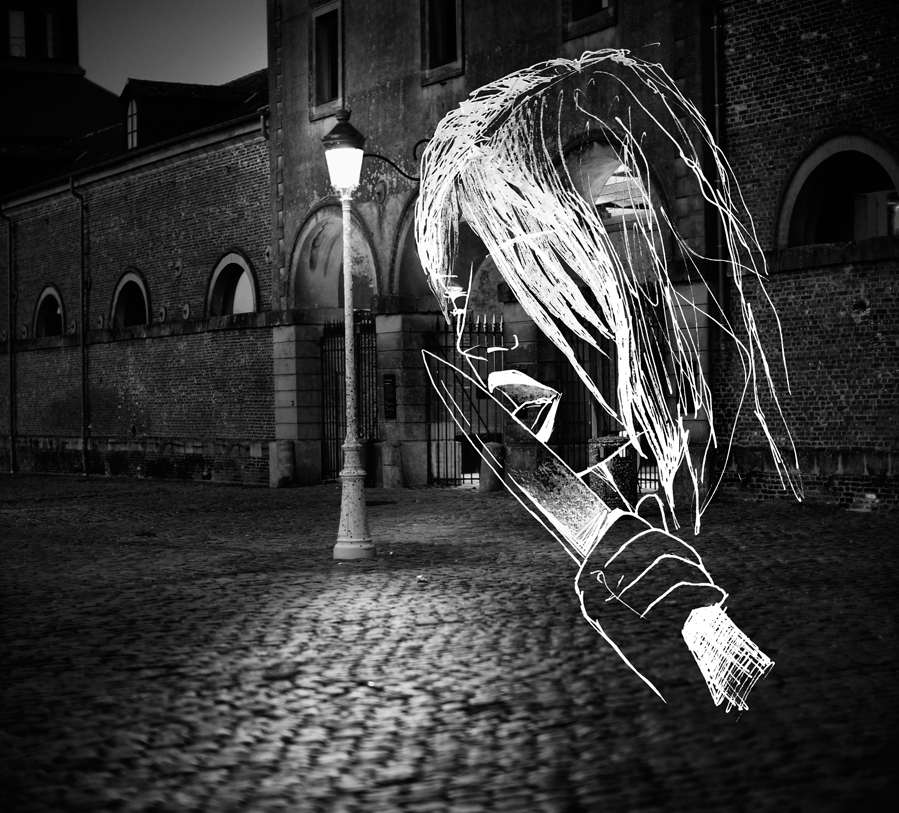 What would you think if you were a serial killer?
Writing Noir Desire was an attempt to put ourselves in the mind of a violent person, someone who at one point loses his control and has to surrender to the murderer instinct. And in order to make an additional effort of imagination we imagined a killer of the ’50s, in a dark and rainy metropolis.

From victim to executioner

This song is the exact opposite of Alive, where Giulia sings the agony of a girl, a violence victim. We talked about a prison that chases the victim both physically and psychologically. A serial killer probably finds himself trapped by his instincts as well. It could be a seemingly ordinary person, even friendly – as the barber staged in the video – a sort of noir Dexter, but without the conduct code.

The fury starts very easily: a walk in the middle of the night and the view of an easy “prey”, or the intense gaze of a girl in a club. The adrenaline gets in the bloodstream and the killer begins to smell blood. He feels the Noir Desire.

The feelings that a killer, theoretically, feels in the act of hurting are also opposed to those that could be called “normal”, those experienced by the victim. Tears of fear are lifeblood for a violent person, as it can be the sight of blood. But, is he aware of that? Maybe he takes real pleasure in the act of killing, or maybe the pleasure is simply the satisfaction due to having released his instinct? And what if he is not aware of it?

It’s not so easy to identify the boundary between victim and perpetrator, if we consider the awareness factor – a theme that comes back ceaselessly in The Attraction of Opposites. This reversal of roles, shown in the video, is what fascinates in the whole opposites subject.

Even in everyday life we find this victim/executioner duality, in several situations, and basically you play as a victim of others.

We rarely like to play as executioner of ourselves.