Once upon a time there was a lucky guy.

I’m not talking about the kind of luck that make you win a lottery, or a futsal tournament, or make you beat grandpa at cards while he cheats.

I won Meet & Greet at gigs.

In 2011 I took part in 3 Meet & Greet contest, and I won twice. For a musician it’s really like win the lottery, but the day after your wallet is still the same – actually it weighs less because you payed for the ticket. Still, you feel rich.

When I was lucky to meet Symphony X, in october, I already was a Meet & Greet veteran.

Quando ebbi la fortuna di incontrare i Symphony X, in ottobre, ero già un navigato dei Meet & Greet. I won one a few months earlier, that teen emotion to meet your idols thinking that such a thing could never happen to you, had passed. I was wandering between the band casually, but as all roads lead to Rome, all the steps led to Michael Romeo. I completely ignored the others. After, I was a little sorry, Jason Rullo for example seemed a very friendly guy.

When I was still a newbie in Meet & Greet I met Angra. We were about twenty people in a square meter, and we had a quarter of an hour to enjoy that opportunity. For the first 5 minutes I was moving into that small space staring the other winners with murderess look, as if everyone wanted to steal the last piece of cake, or the last 10 seconds to talk to Kiko Loureiro. I had some Ravenscry EP’s in one hand and a marker in the other.

Finally, my moment comes. I thought about the question to do for hours, but the childlike thrill had kidnapped me and I did not understand a bat. So, once I was in front of the good Kiko, I went out with this very common question: “What would you suggest to a musician to become a professional?“. I know, so sad.

And moreover, I thought “Okay, I have failed in the question, but it could still give me an illuminating answer“. I hoped he did not come out with a suggestion in a Michael Angelo Batio instructional videos style – Practice, practice, practice.

And what did he said?

“Be like a priest. Dedicate your life to this”

Although it took him five minutes to find the word “priest”, I was pretty happy.

Shortly after I asked him autographing a pick, and his eyes became strangely darker. I thought I heard her inner voice to exclaim, “Where do I sign on this tiny Jazz 3 with this giant marker?”

But you did it man. 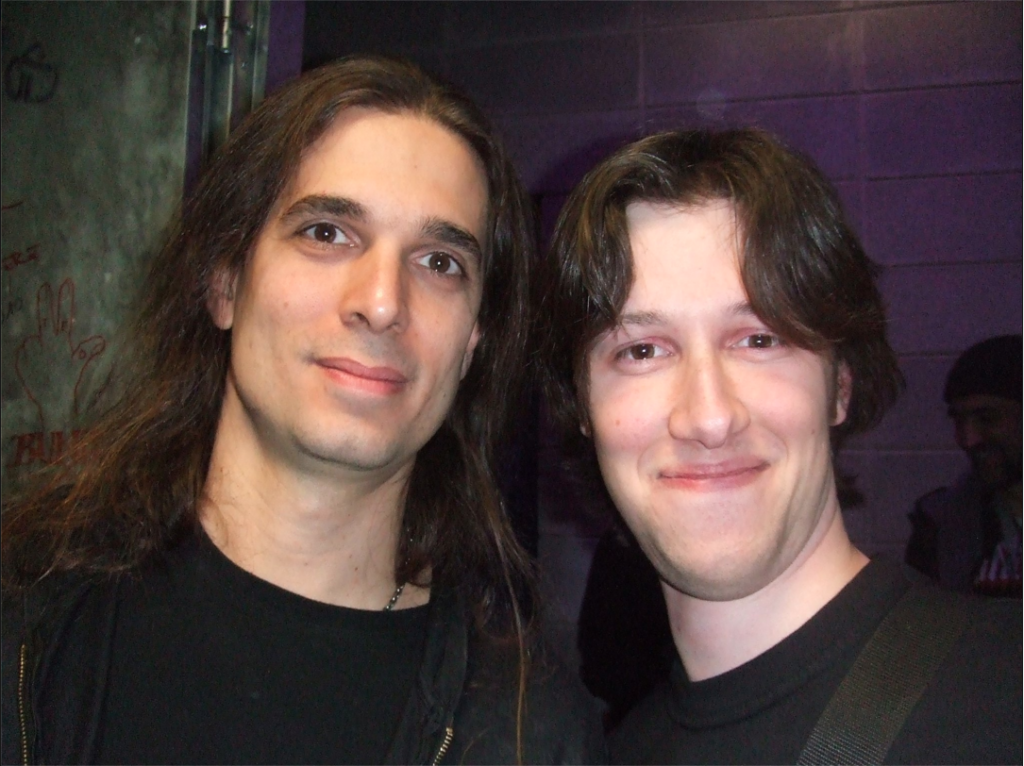