“If you think that perfection doesn’t exist you probably never played through a Coreblade”.

I started this series of post talking about how Jeff Waters with his Annihilator changed my life about 20 years ago. Weird, but today we will talk again about him because what I am describing today is the Coreblade amp, which Hughes & Kettner developed with Jeff and of which I am a proud endorser.

I do not remember exactly when, but several years ago, Annihilator was touring Italy and of course, I was at their concert. In that period, I was searching for a “complete” amp, the one that would make me fall in love at the first chord. I listened and tried a lot of them, but I never found the one.

I remember that, the day after, I was at Ravenscry rehearsals. I described to the others that concert, but, most of all, the sound of Jeff. We decided then to contact Hughes & Kettner, which, with our great surprise, replied almost immediately, and in almost no time, we got the endorsement. 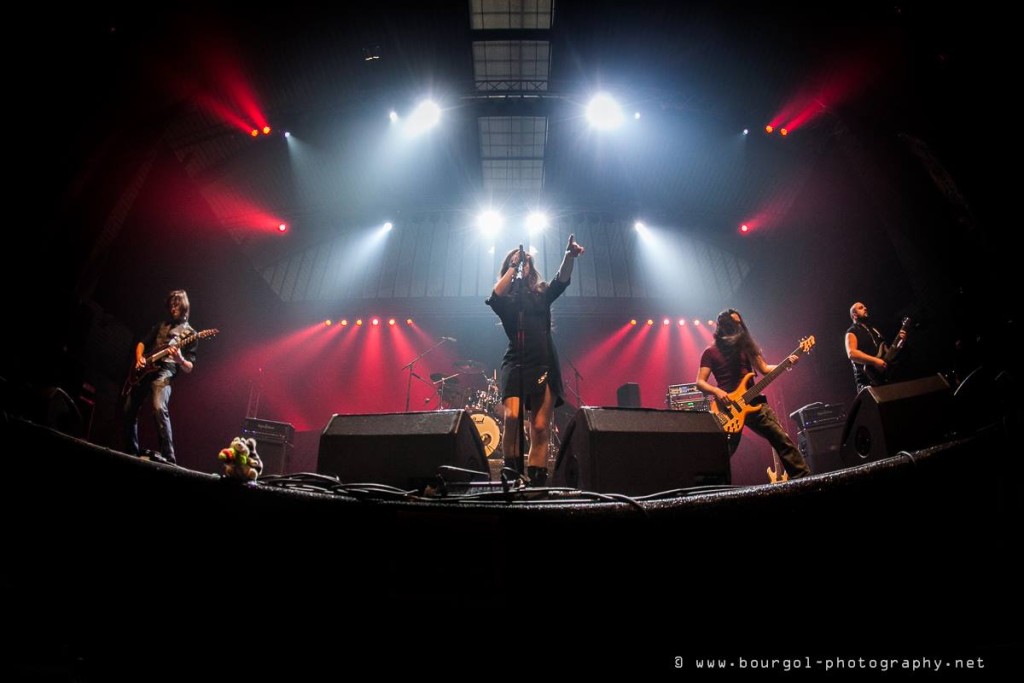 I want to start from the build quality.

Our two Coreblades made thousands of km in extreme conditions, in our trailer with the rest of our gear and they never ever had one single problem. Not a broken tube, not a background noise… never. Ever.

I do not know how this is possible, but the only answer I gave myself is that they have been built with the same philosophy with which they build tanks.

There is no other explanation.

I want to be completely honest: I never wanted a versatile amp. I have always wanted an amp with a violent distortion but it must have been very clear and definite. At the same time, I never cared about the clean tones or about how much they would have been warm or something like that… I only cared about having a distortion similar to a mountain falling on your head.

It turned out it is incredibly versatile too, you can practically find every tone you want in it, for every genre.

It also has a magnificent clean tone.

Which I never use.