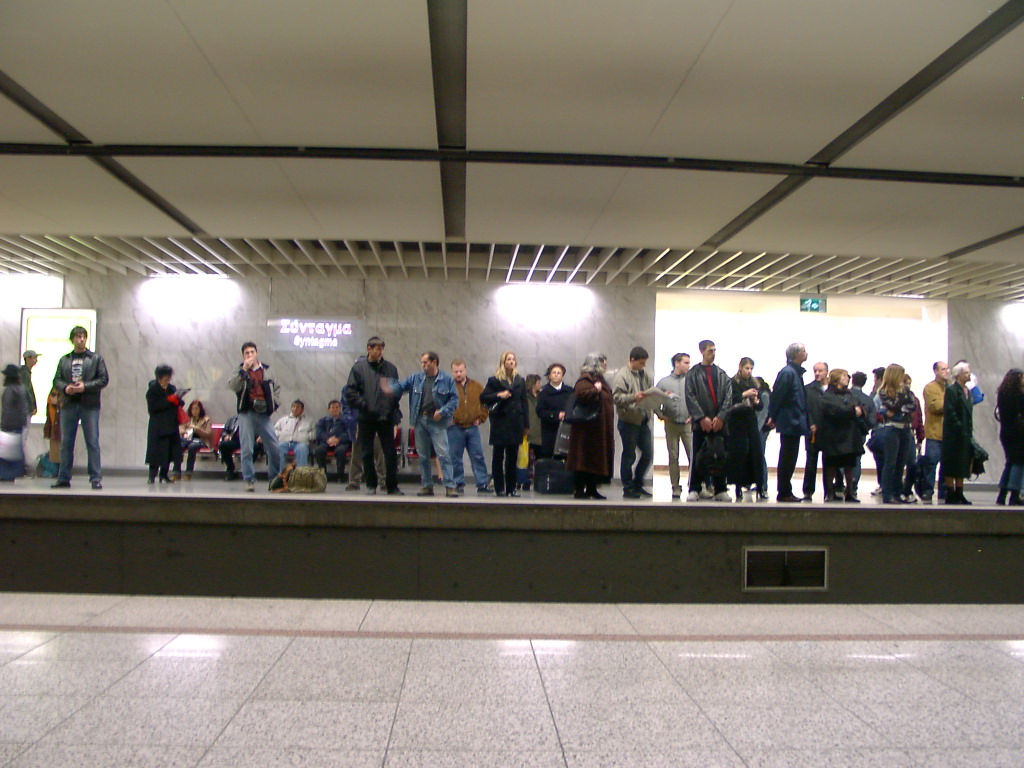 It’s obvious. When you play in a famous band known all over the world, from Pandino (Italy) to Timbuktu, people recognize you in the subway, they stop you, they want a selfie with you and an autograph on the earlobe. You must not lose patience: you know, it’s a positive fact, it’s the natural order of things. Famous bands know very well how it works.

And then there’s us. Us, who take the subway, sure, but in order to promote our gig on Thursday, in Milan. Did anyone recognize us? Yes, one. And that’s great. If you’re reading me, be aware that you are the number one.

I don’t know why the “flyer-man” figure, at some point, became annoying to people. Probably someone acted too intrusively, or we’re all so closed-off in our issues to keep the window to the world half-closed. But it’s not all gray what does not glitter.

This experience was quite constructive, rather, instructive: you learn to recognize who is pissed off only by watching the stride, you train yourself to do a complete person check-up starting from the shoes, you become so quick to handle laminated paper with frozen hands, better than the best croupier in Monte Carlo. You learn to give value to those few smiles rather than to the many killer looks.

After hours of this exercise, and hundreds of people met, I tried to identify certain categories of people according to their attitude towards the “flyer-man” (for convenience I write “he” but it can refer to both genders). Here are 5 subway human species:

The Ninja is perhaps the most hilarious to observe: as soon as he notices you in the distance he begins to widen the path, trying to disguise himself in the hood or hiding himself in the wake of a bigger figure not to be noticed. He wants to turn himself into a shade not to be exposed and struck by a blunt flyer. When the camouflage fails he turns away, as if turning the head like an owl would guarantee him a sort of invisibility. And you let him think he succeeded.

This species is perhaps the most common: he is not seeking escape as the Ninjas, he doesn’t slow down, and doesn’t retract himself, but it has the typical expression of “Here’s another one, another meeting of Sharknado fans?“. He takes the flyer, he gives a surgical gaze to the flyer for few seconds and then puts it in his pocket. He will evaluate it more calmly later. That’s because it hasn’t seen Shark Vs Octopus yet: of course he wants to be prepared.

Ah, some of them, after a few steps, turn to you again: they are confused by the fact that one of the big faces on the flyer looks just like the person who gave it to him.

We like the Curious. He wants to know. Maybe his earphones are playing his favorite song, but knowing what opportunities will be revealed to him by the mysterious plastic-scroll is more important. He reaches out the hand even before you stretch yours, he scrutinizes the images already from the distance to avoid losing precious time, then he paints a smile and asks, “Excuse me, could you tell me where the subway station is?“

He’s easy to spot, especially in the early morning on his way to university or work. You could be Paul McCartney or Megan Fox, but he doesn’t want to see you. You don’t exist, only his troubles do. Sometimes he looks downward because he doesn’t want to hurt you, other times he shakes his head sideways and in a clearly way to make sure you understand: “leave me alone“. Hands are firmly in his pockets, purse or briefcase, he will not take that flyer even if you pursue him with a taser. Do not hope.

This is my favorite. It’s the typical person who could tell you thousand stories even in an abandoned landfill. He often asks you what it is about before reading the flyer, just because he wants to chat. Or he asks you where the event will take place, although there is a printed giant map with arrows. It may be the conversation is longer than you would like to, and it is as interesting as a lesson about comparative typing, but who cares, he is joyful!

What about you? Could you identify yourself with one of these species? Come and tell us on Thursday in Milan! (If you are a Ninja, no worries. We will spot you).