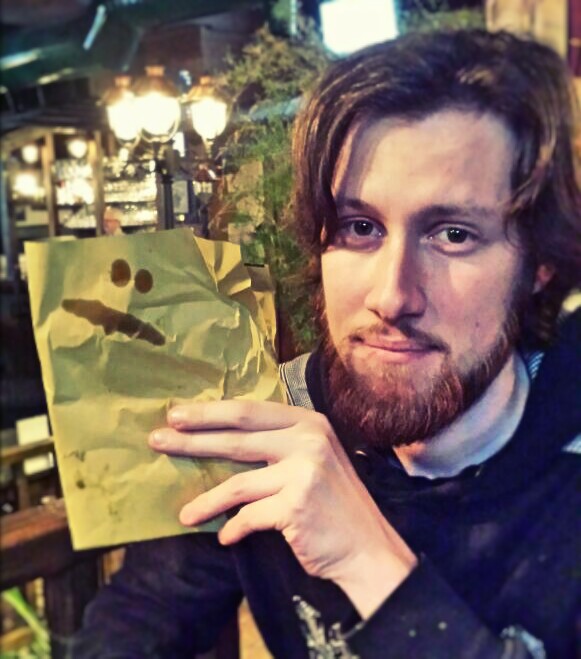 Let me warn you: I have no clue what I’m going to talk about in this post. If you don’t know me, I suggest you to take a look here, so you can have an idea about what you might read in the next few lines.

After all, this is the opening post of my column; a place where you are allowed to write what you want, juicy and redundant introductions of yourself and of the column topics, messages of peace, promises of money you can earn in 3 days, stories about what you should write in an opening post.

I’m going to do this, and in just one line: Hi I’m Mauro I love blueberries I talk about all and nothing but I love you and if you play with me you’ll be millionaire in 3 days. Ok maybe it’s one line and a little bit, but, you know, it’s the opening post. One line and a half, yeah.

“Ok then, what the hell has this got to do with the title?!” – Right, I haven’t talked about the title yet. As a musician I have my own tear-jerking story about why and how I started playing guitar – and be careful, because is where the serious part begins – but I don’t think it is so important. What pushed me to take up a guitar is not the same impulse that, years later, makes me feel like taking it up today.

When I was young I usually had many music dreams. Some of the steps I achieved with Ravenscry seemed to me so far away, nearly impossible. For example, thinking about someone somewhere, playing one of my guitar solo as a cover, and publishing the video on Youtube, was completely out of the world.

When such things happened, you begin asking yourself why many people give up before starting. People used to connect the word dream to something impossible. A goal, instead, sounds less complicated and a bit more realistic. People feel ashamed having dreams, but not having goals. Someone eats dreams of someone else, and then sits on his couch near his mediocrity. Other people draw their big dream on a paper, stick it on the wall and look at it every morning. Anyway, I never quit to flavor my daily meals with dreams.

In fact, my hunger for music has evolved… from a clumsy, herbivorous brontosaurus, to a graceful, fascinating, flying, omnivorous mythological creature. A being that has apparently no limits, but one: it can’t have it enough.

So, while I keep playing my guitar I will write here sometimes, using this crunchy (outside) and dense (inside) style. Don’t be scared, music will always be the main ingredient. This post is only the starter.

One thought on “I have a dream”